If you’ve been to the Honolulu International Airport over the past few months (mid-2018) then you know that HNL has been going through and continues to go through a wave of updates. Of course, many of you have not been to Daniel K. Inouye International Airport in awhile, which is why you’re searching for news in anticipation of your next arrival. As the premier direct shuttle service to/from HNL, we thought we’d take a moment to share some important recent developments so that visitors know what to expect on their next flight into Honolulu.

One of the biggest shockers for frequent HNL flyers is the fact that the airport has given new number assignments to the gates and baggage claims. The letter system is gone from baggage claim. Take note of the Terminal 2 adjustments (letters crossed out with numbers to replace them) in the map below:

If you’re being picked up from HNL, then be sure to take note of the updated pick-up (from baggage claim) instructions here. Here are some other important naming convention changes:

2. Mokulele Airlines Has Moved to a New HNL Location

Island hoppers and commuters who use the popular local commuter, Mokulele Airlines, will no longer have to venture over to the old Commuter Terminal on the Ewa side. Customer/traveler operations will now run out of Terminal 3 on the Diamond Head side of the airport. This is accessible via Aolele Street, with the entrance located between the Delta Cargo and United Cargo facilities. But don’t worry if you need to get to a connecting flight after arriving from a Mokulele trip, as The Hawaii Department of Transportation will provide FREE Wiki Wiki shuttle service from Terminal 3 to Terminals 1 and 2 for Mokulele Airlines passengers with a connecting flight on another airline. The shuttle service will loop around approximately every 20 minutes. This is the same amount of time it would have taken you to walk from the old Commuter Terminal to Terminal 1 and 2 anyways, so there is no inconvenience at all (well, at press anyways). Here is a map detailing the new location: 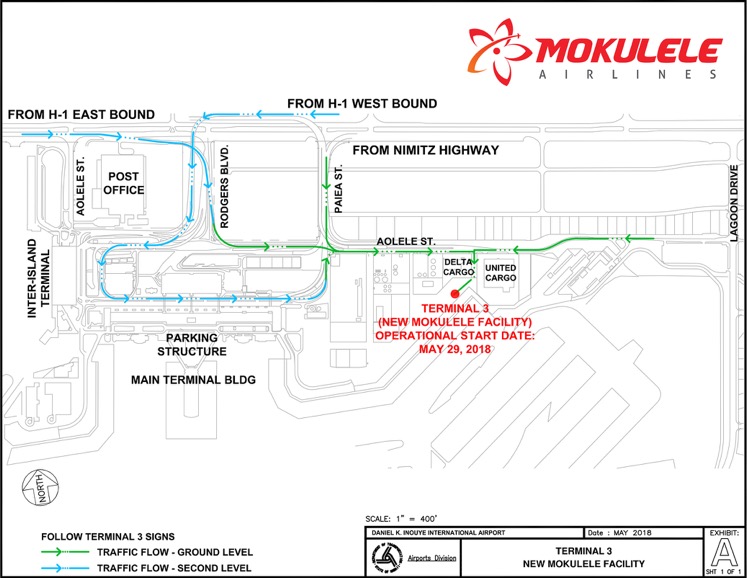 3. Parking is Limited Due to Construction

Parking lot B near the old Commuter Terminal is now (at press) closed for construction to make way for a new concourse. The DOT reports that a total of 300 stalls will be closed. Below is a map detailing (in red) the closed parking space: 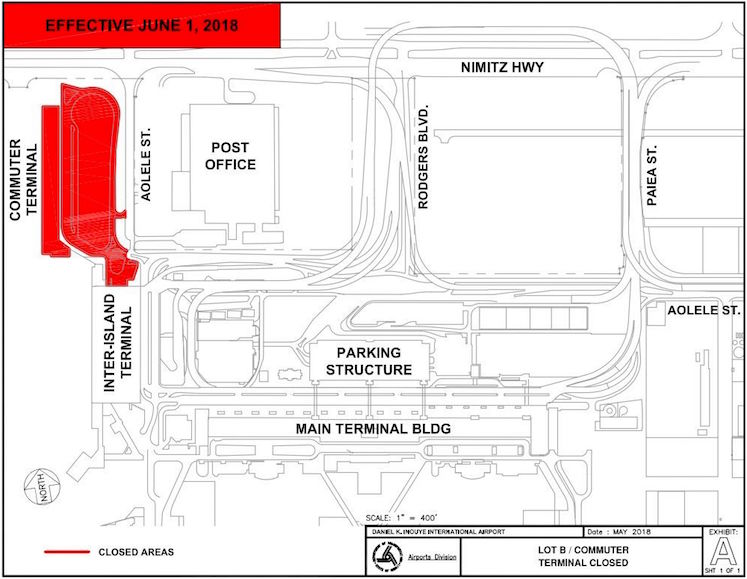 Parking was already tight at HNL, but given the recent news, this quote from the Hawaii Department of Transportation (HDOT) sums it up well enough:

4. None of It Matters When Using Our Direct Shuttle Service

Does any of the above make your up and coming HNL arrival seem a bit confusing? It doesn’t need to be. When you book your pickup and/or drop-off with us, we’ll take the entire weight off of your shoulders so you can enjoy every single minute of your time on the island. Call us directly (and toll free) at 1.800.929.1219 or simply complete the reservation form found here.